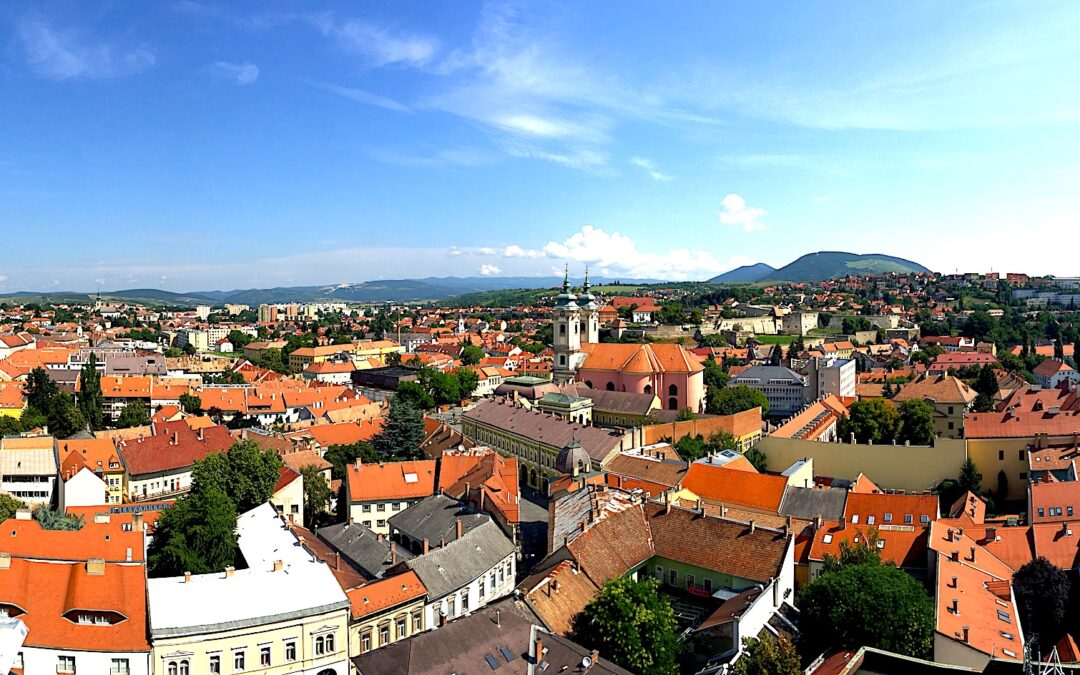 Eger: Eclipse of the Crescent Moon

Mr. Green got a homework for summer (yes, that can happen in Hungary). He had to read the novel Eclipse of the Crescent Moon. The historical novel (by Géza Gárdonyi) takes us back to the mid-16th century, into the era of the 150-year Ottoman occupation of Hungary. The story of the novel is based on documented historical events. Besides the tales of several battles, the Hungarian children’s classic details the 1552 Siege of Eger, during which Captain István Dobó’s 2,000 Hungarian men, women and children inside the castle defeated a Turkish force of 80,000 men. Even though the forces of the Turks were overwhelming, the Hungarians in Eger were able to defend themselves. Eger’s strong walls and the high morale of its defenders allowed the fortress to withstand five major assaults and continuous cannon fire. Finally, the Ottoman forces withdrew.

In order to help Mr. Green with his homework we spent a weekend in Eger. We stayed at Hotel Korona, which turned out to be a good choice. The price is reasonable, the rooms are clean, the small wellness section was enough for us and a few more guests. The buffet breakfast and the dinner are good. The place was good not only because it is close to the center of the downtown (so everything is within walking distance), but also because the very same place hosts the famous …

The museum is unique, since there are only three other Beatles museums in the world: in Liverpool, Halle, and Buenos Aires. Another reason is that one of the founders (Gábor Peterdi), who is a big Beatles fan, was the college mate of Ms Purple. The small collection features cabinets with Beatles relics, LPs and such. But one can also watch films, news, interviews at that gone-by era. Headsets are also everywhere playing Beatles songs. Good news for kids that you can touch and try everything. 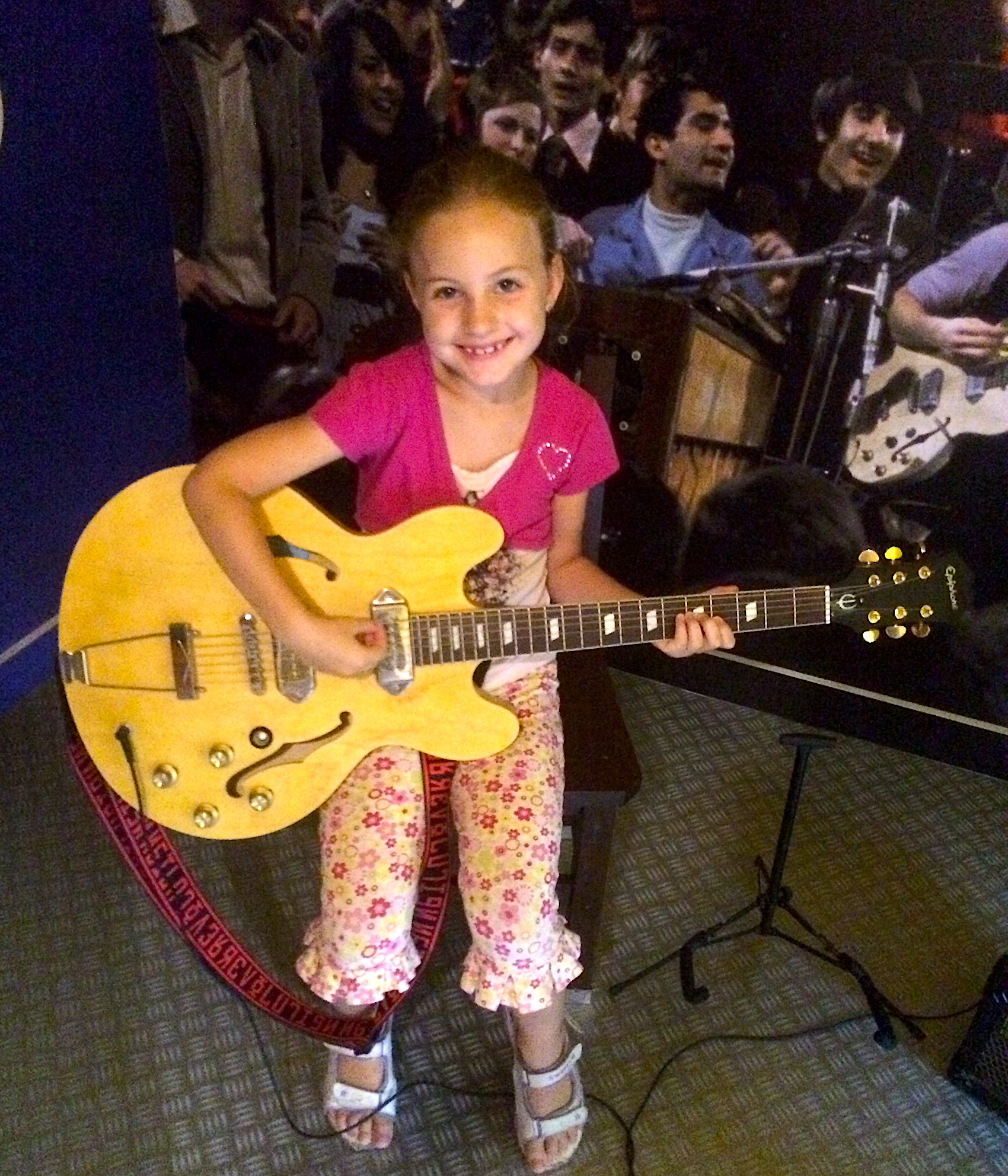 What is Lyceum? The origin is the grove at Athens where Aristotle taught. Nowadays it means a hall of public lecture or teaching place. The Lyceum (Eszterházy College) is an imposing building built in 1765-85. It is a splendid example of the restrained Zopf style. There are three remarkable 18th-century frescoed ceilings of which only one in the library is open to the public. It depicts the Council of Trent of 1545–63, which launched the Counter-Reformation. The beautifully furnished library opened in 1793. The building is the home of the interesting and mysterious Magic Tower. 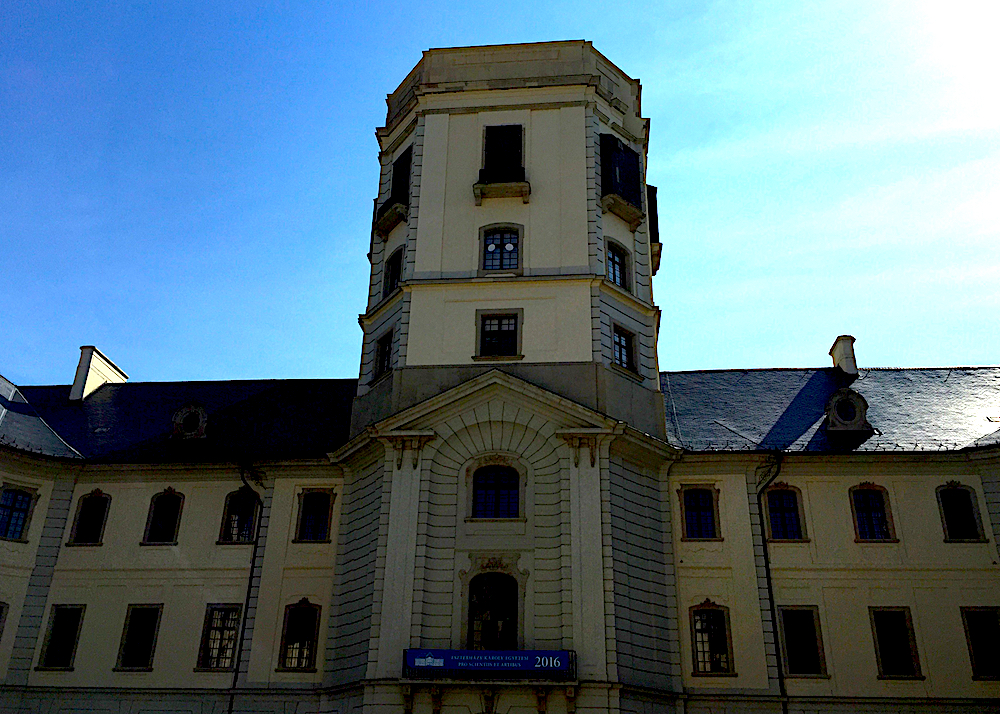 Don’t miss the showrooms in the building of the Lyceum, if you are in Eger. In the magic room on the fourth floor fundamental physical phenomena are on stage. After a short presentation everyone can have a hands-on experience with the experiments. A small astronomical museum is on the 7th floor. The observatory (Specula) was inaugurated in 1776. One can see the best instruments of the time here. There is a panorama terrace on the 9th floor. The whole city can be seen at a glance. The most interesting thing is however, the unique camera obscura or periscope at the top of the building, projecting images of the town onto a table in the dark room. 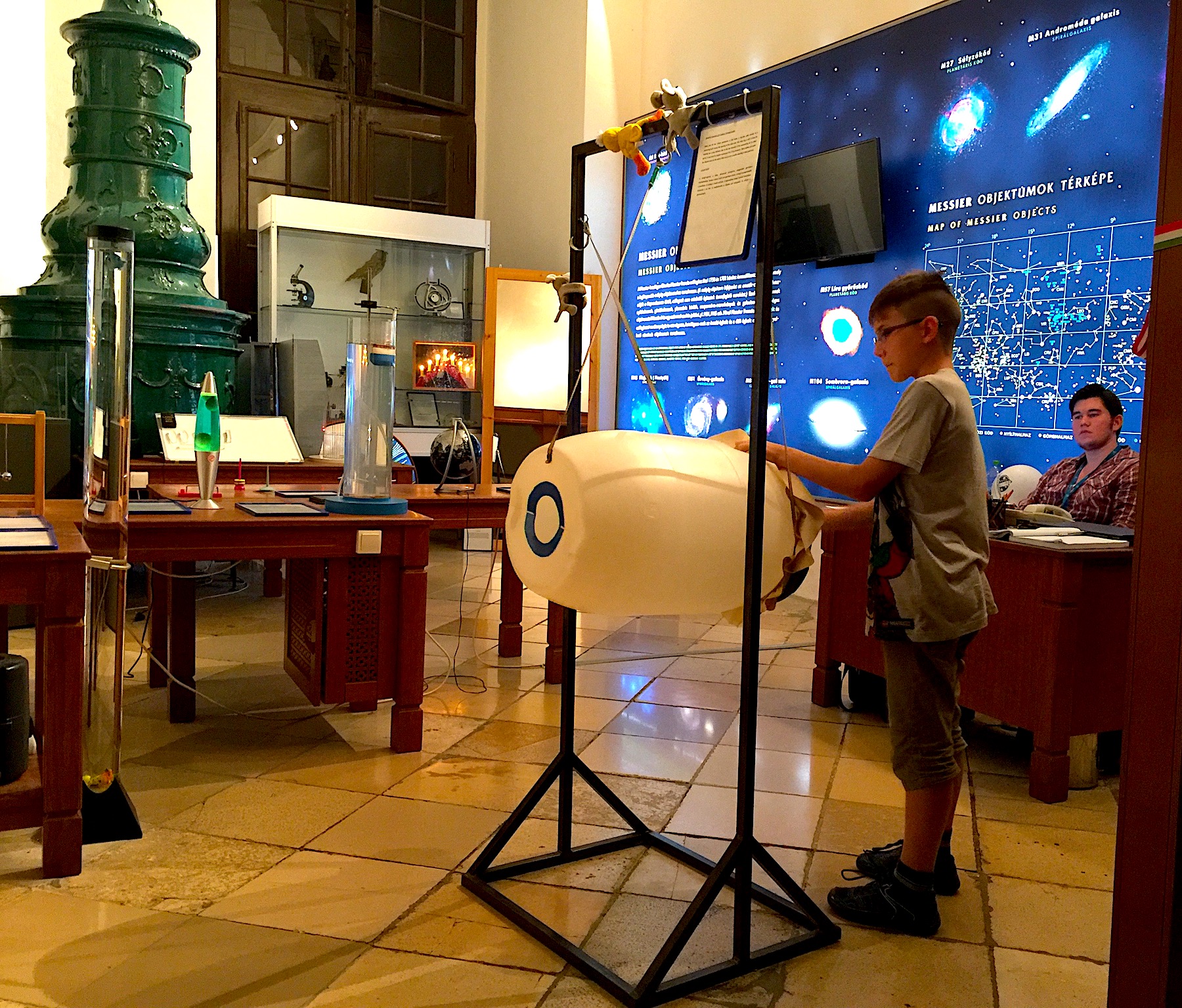 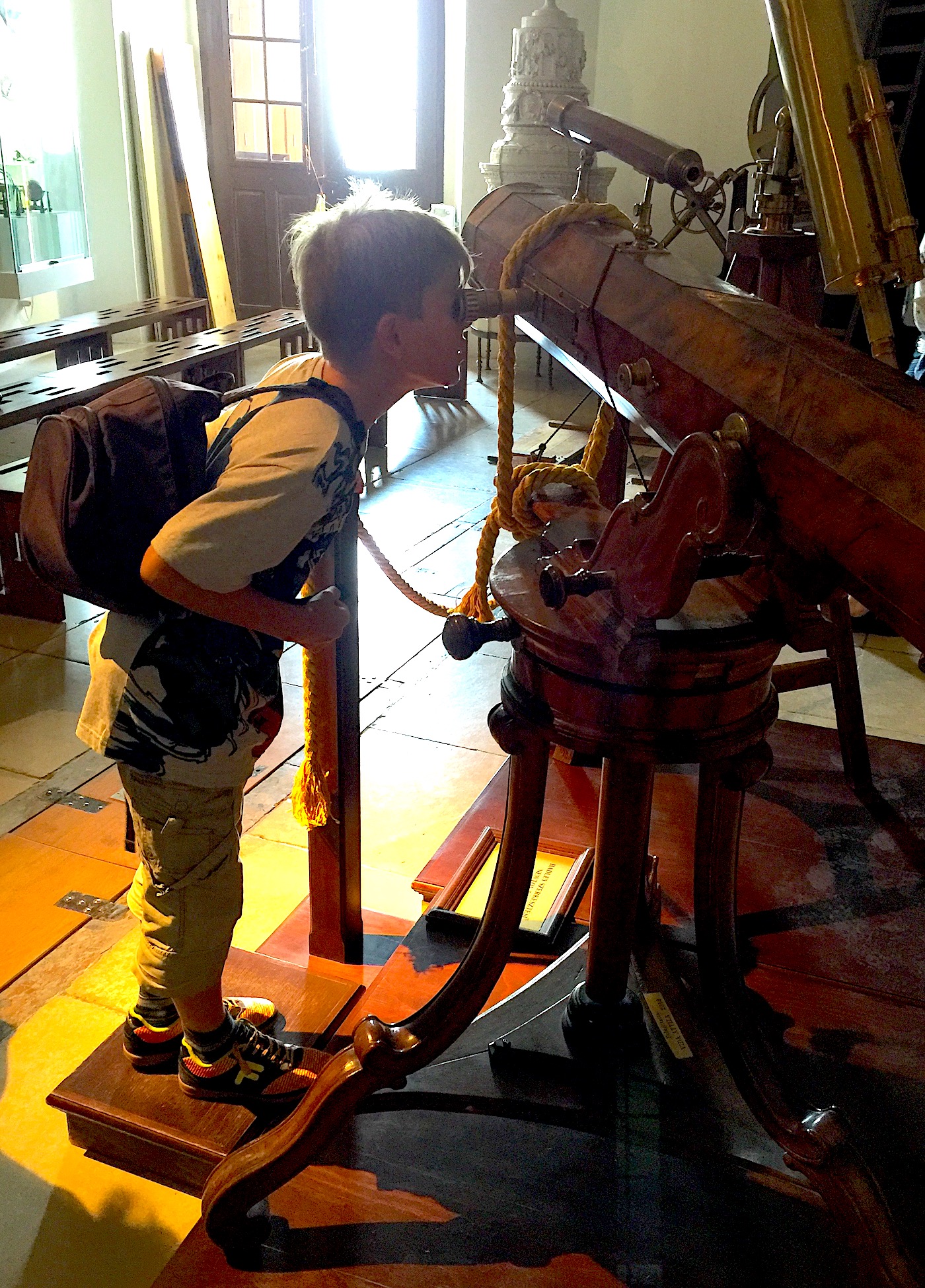 Stephen, the First founded the Diocese of Eger in 1004 The Basilica (St. John Cathedral) is the only one Classicist building in Eger, the second largest church in Hungary. You can found it across the Lyceum. To the right from the Basilica there is a small door which leads to a wonderworld. 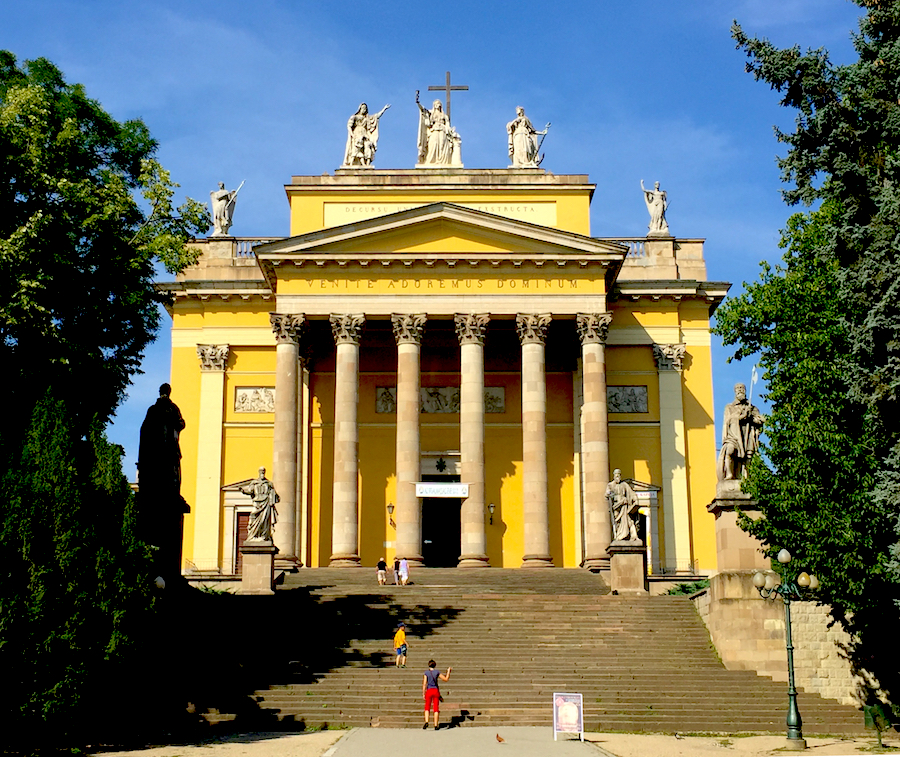 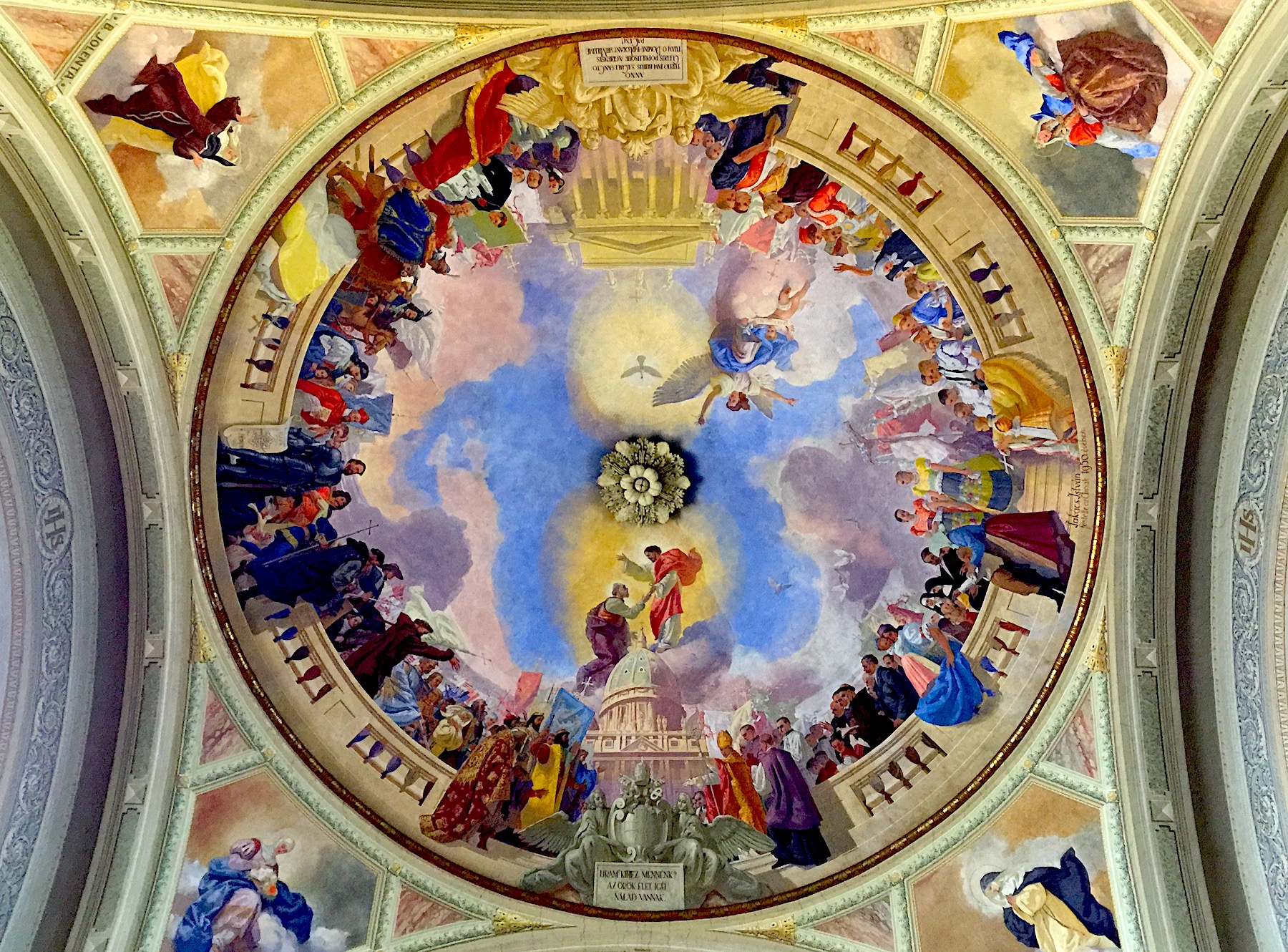 #5 Town under the town tour

Town under the town is the former cellar system of the Archbishop of Eger. The entrance of the cellar system is at Eszterházy square, next to the steps leading to the Basilica, at the right hand side, under the statue of King St. László. The most impressive part of the cellar system is the Pillared-hall – here seven cellar lines are cut across by seven other cellar lines, which creates a chess table-like structure with 35 separate pillars. In 2007 the cellar system became one of the 7 Architectural Wonders of Hungary. Good to know: it can be visited only with a guided tour, which lasts about 45 minutes. The temperature is (54F) 12C, a sweater is highly recommended. 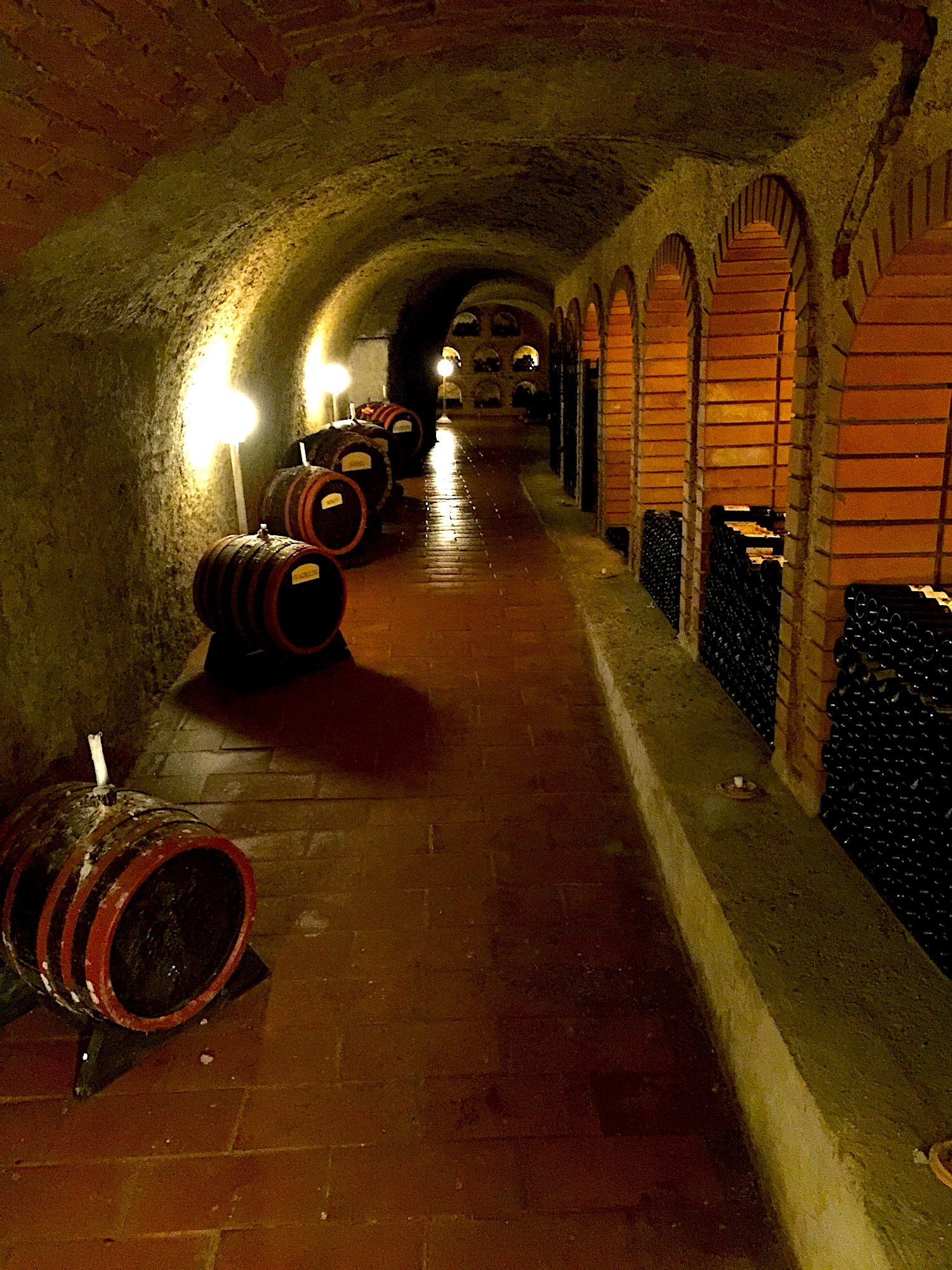 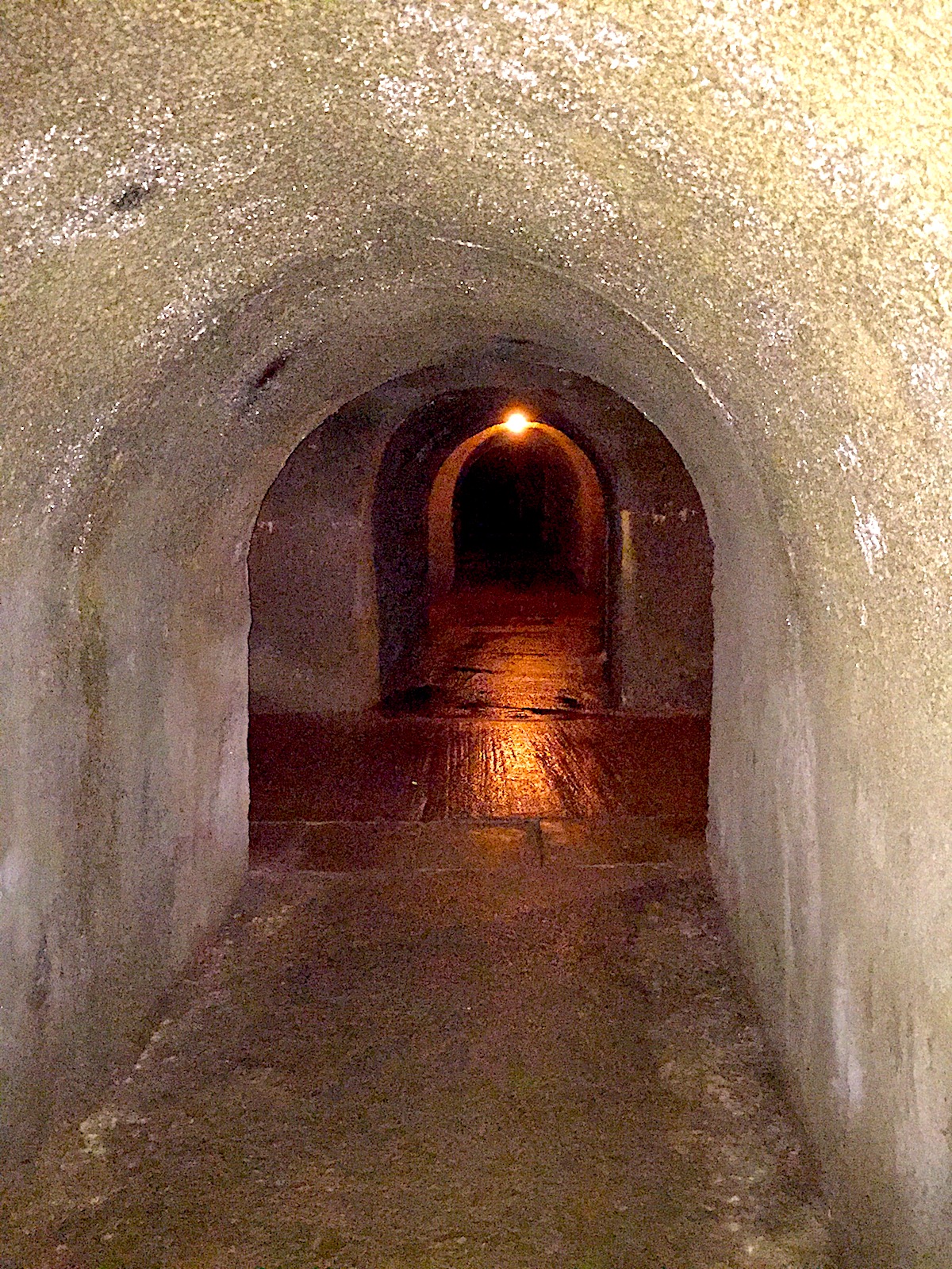 This is the main attraction that we came to this town to visit. Castle of Eger is a protected monument. It hosts the Dobó István Castle Museum. The exhibition presents the history of the castle, its underground fortress system, and medieval punishment methods and tools. In the lapidary the remnants of the destroyed cathedral can be seen, while in the heros’ room the marble cover of Dobó István’s tomb is to be found. The weapons, military airplane and parachute collections and the prison exhibition are also interesting. The latter is not for the faint hearted. 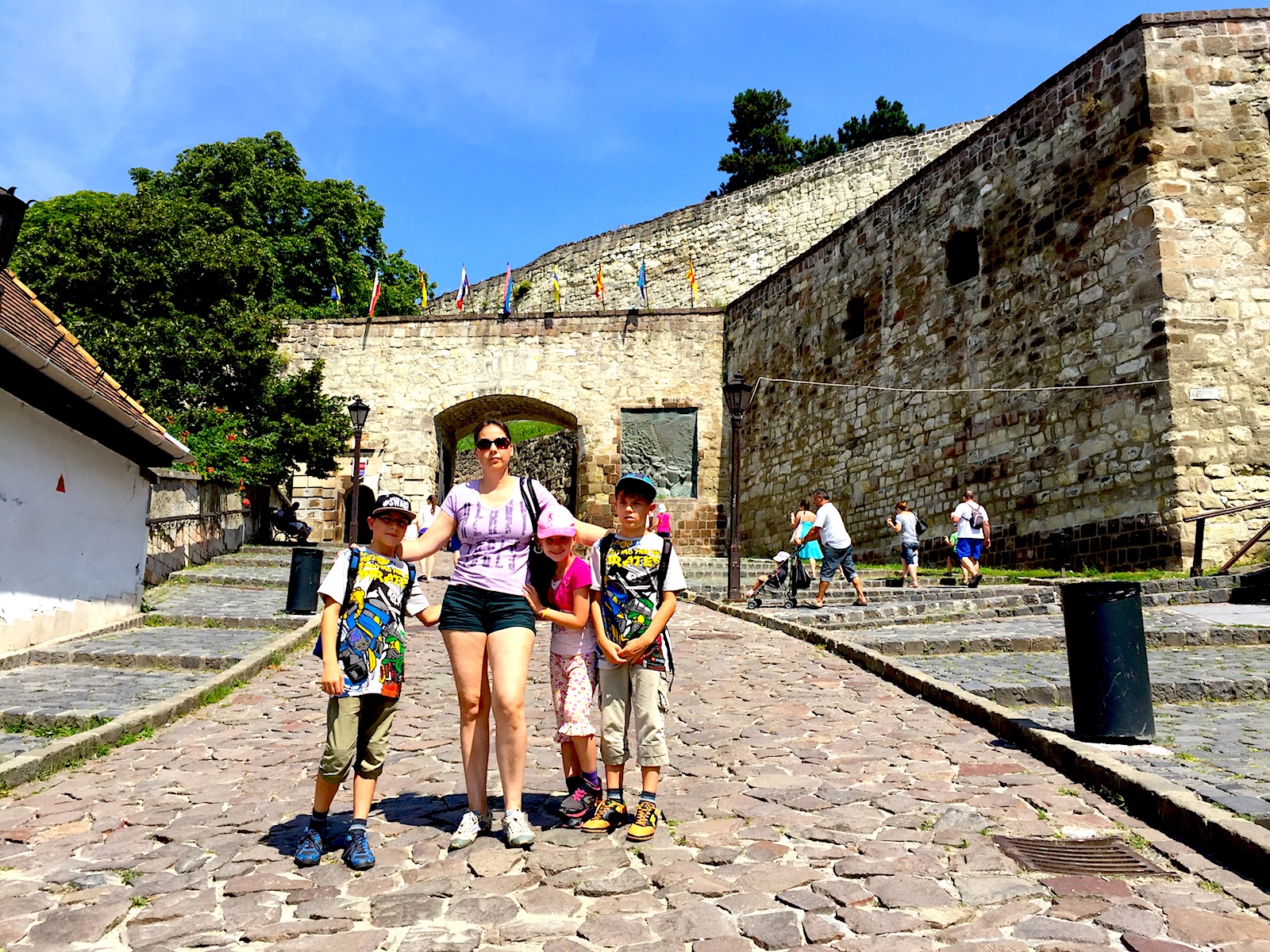 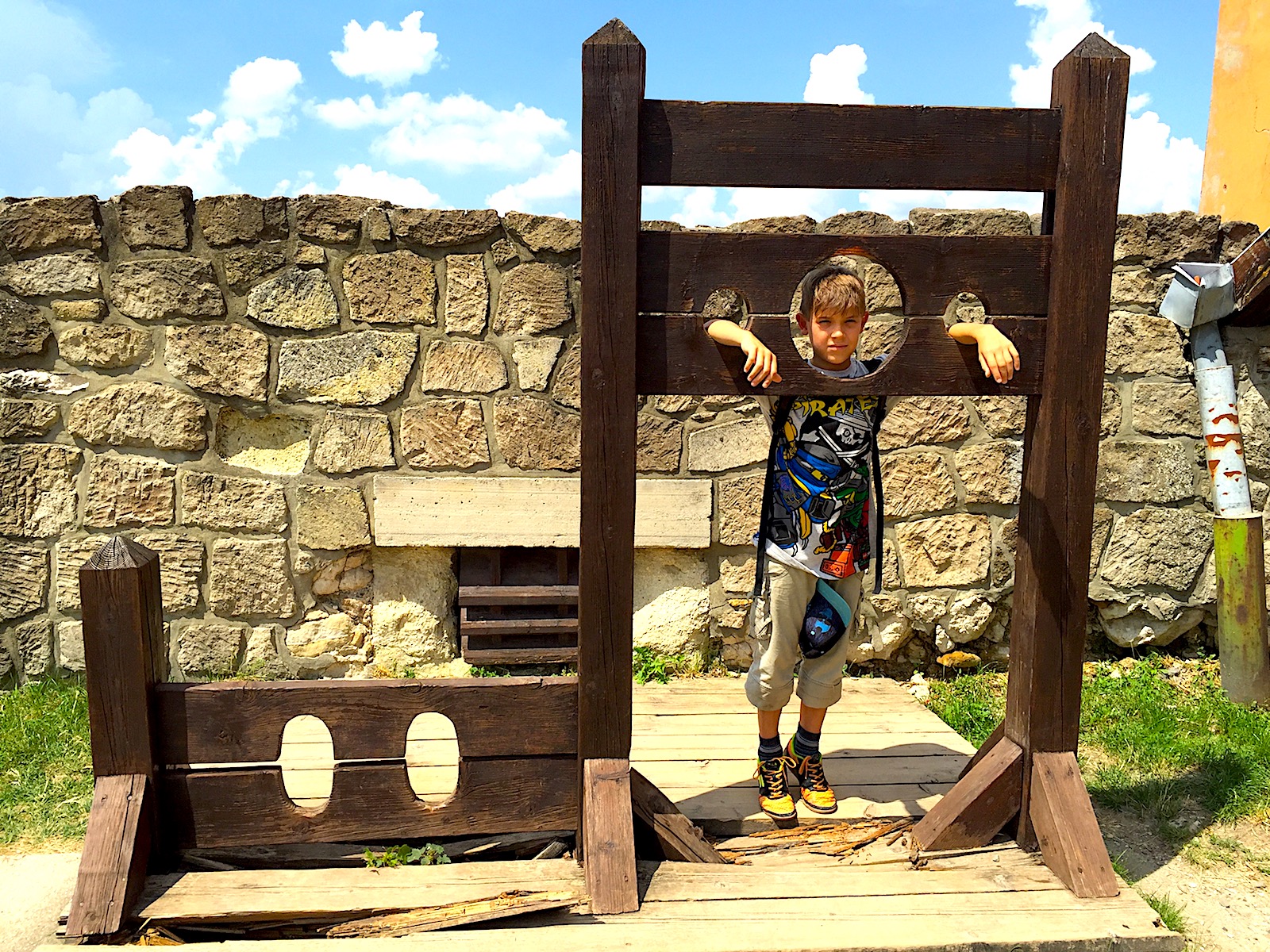 Eger is famous for its wine. Therefore, we ended our program with a wine tasting session in Hotel Korona as guests of the István Cellar. This is not a simple cellar, but this is the first National Wine Museum in Hungary. The cellar system itself dates back to 1789. It lies 14 m below the hotel. It consists of 4 different wings and is about 250 meter long. We learned about the 22 Hungarian wine regions, and the ancient means of wine production. The cellar is part of the more than 140 km long wine cellar system that extends under the whole town of Eger. Wine of Eger is excellent, so wine tasting is another no-brainer once you are in town.