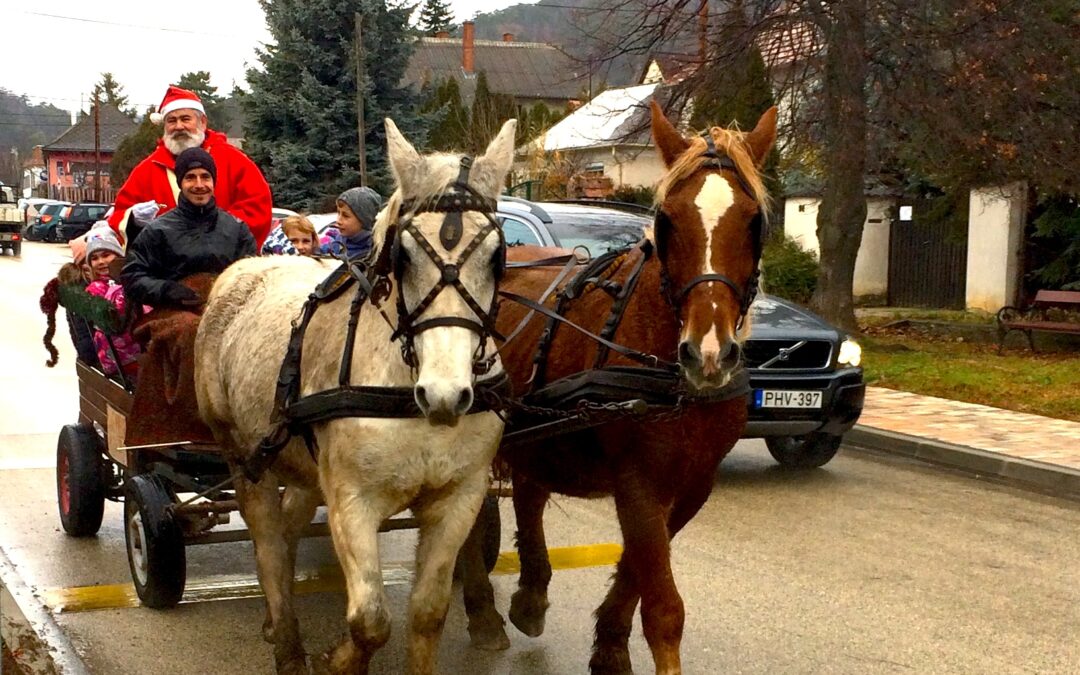 The Hungarian Santa, called Mikulás visits children on December 6th, St. Nicholas Day. (Nicholas was a bishop from Asia Minor who lived in the 4th century in Myra. There are numerous stories, some miraculous about Nicholas.) 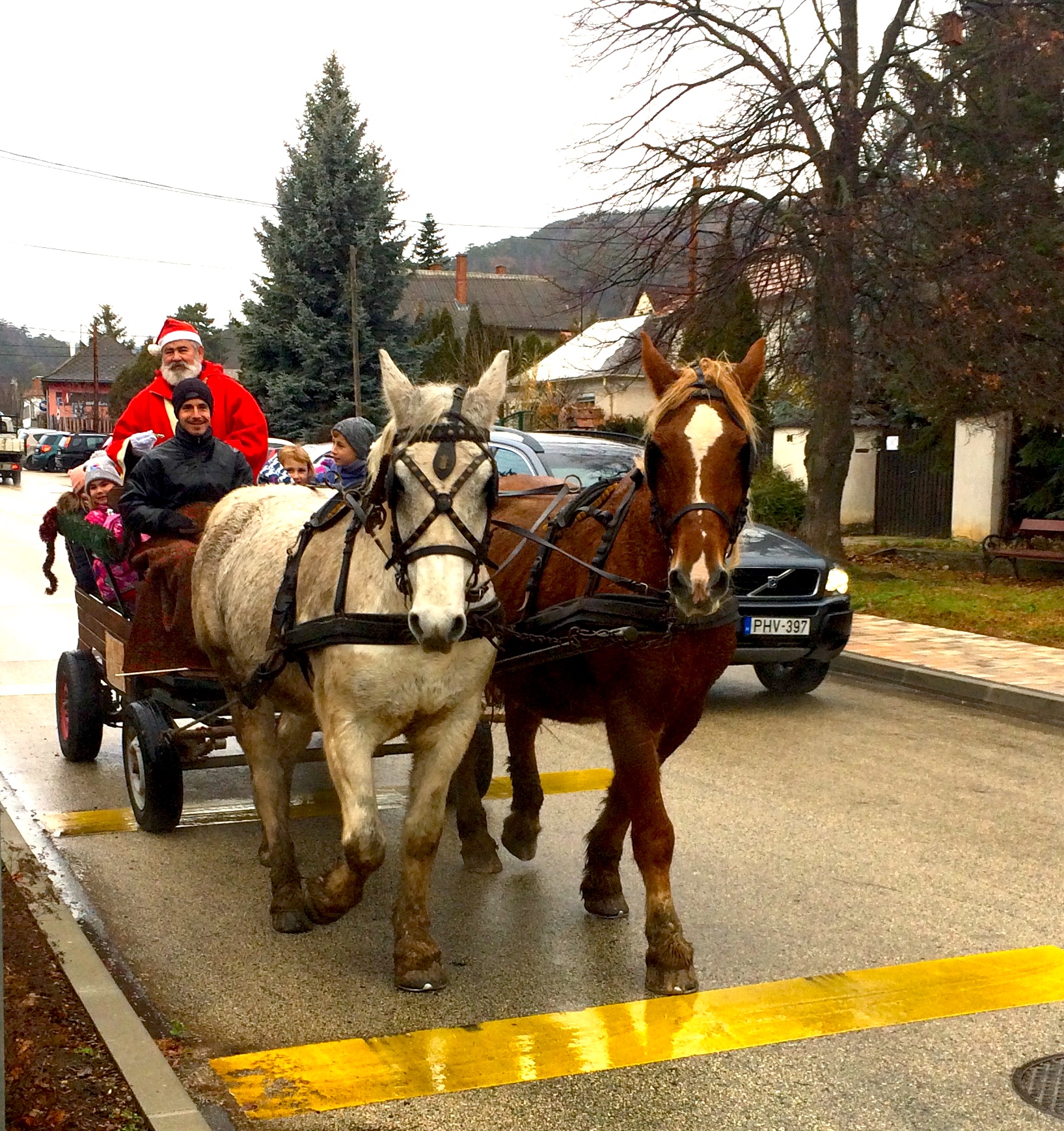